Custom made piano cover for the Fab 5 band. Constructed of 3/4" finished plywood, primed and painted with 2 coats of Rustoleum Yellow. The entire unit folds up for travel.

The cloth version was printed on vinyl and attached to a frame with Velcro to fit a larger keyboard set up. Group photos courtesy of Joe Baiardi.

The vector graphics were designed in Adobe Illustrator and printed on 3M premium ink jet medium with two coats of Minwax clear for added road durability.

Please email for a custom quote. 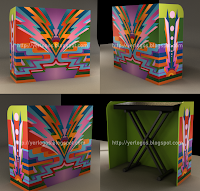 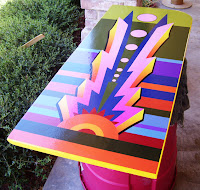 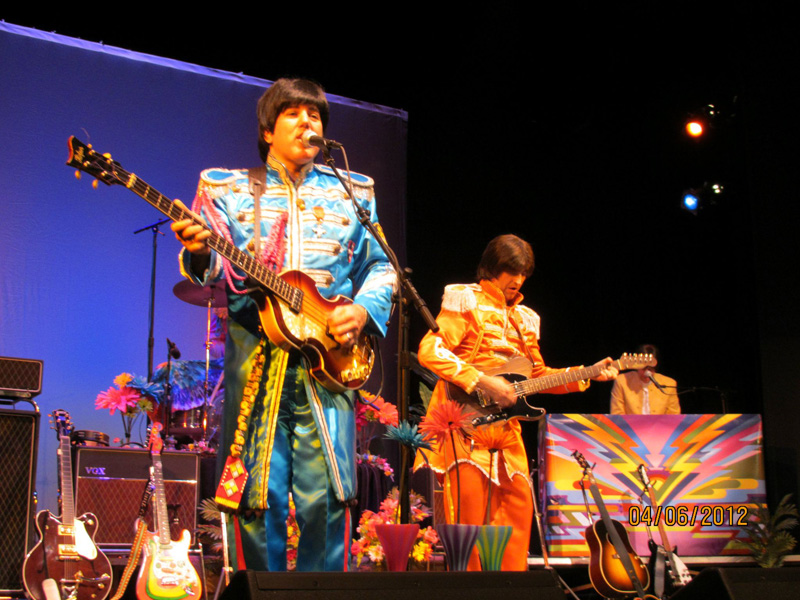 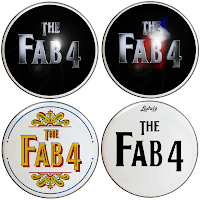 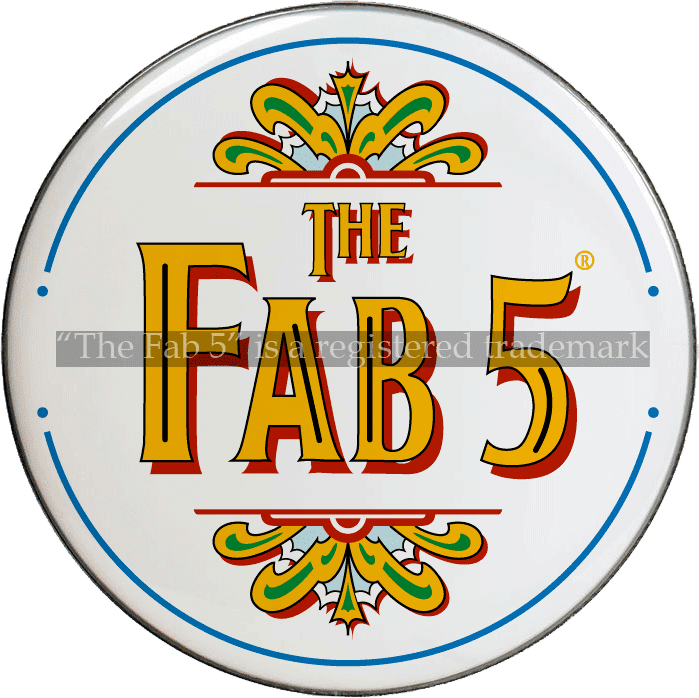 Show me some Bootle.

Since the Bootle font is used quite often for Beatles tribute bands, I thought it would make a great example how fonts translate into a 3D logo and some of the preparation work involved.

When using the text function in a vector based program such as Adobe illustrator or a 3D application, these programs place vertex points at various locations along the outline of the text connected by lines known as splines.

When designing for print, web or video these points are not an issue for output. It's when you use these vector files for 3D is where you can have problems and the clean-up work begins.

In this first example, the program placed it's vertex points where it thought they needed to be to create the text:

When the extrude and bevel actions are applied the program sees the points and connects the edges (the lines or splines between each point) to make a solid object but due to extra stray points placed by default on the outline, the face of the "B" disappears and the inside of the hole is filled.

The close proximity of one or more points causes this and other issues such as smoothing errors at various locations on the sides of the letters. If not corrected other problems also occur in the rendering stage such as flickering, disappearing faces or even whole letters.

After identifying the offending points they must be edited and/or deleted that cause the missing faces or errors on the sides.

The final product with smooth edges after making the necessary point corrections.